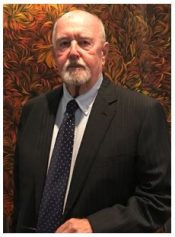 Mr Kennedy is a Geologist with a long history in Australian and New Zealand oil and gas companies.

During his time as a technical director he was instrumental in the formation and development of a number of successful listed companies. These companies were involved in numerous discoveries in Western Australia and New Zealand.

At Pancontinental, Mr Kennedy has used his wide knowledge base to assist with the strategic direction of the company.

Mr Kennedy has been a director of Pancontinental since August 1999.

Mr Myers, an Accountant by profession, has held senior management and executive roles within a number of ASX listed companies. During his career he has been instrumental in the capital raisings and financial management of these companies.

With skills and knowledge gained from vast experiences in corporate, exploration and operational areas, Mr Myers has played a key role in maintaining the Company’s financial stability.

Mr Myers joined Pancontinental in March 2004 and has served in a number of executive and non-executive roles. He is currently responsible for the overall management of the Company as CEO. 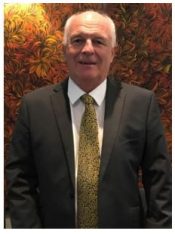 Mr Rushworth is a Geologist who brings extensive experience in petroleum exploration to the Company.

Commencing with positions in exploration operations, his career then extended to the role of Chief Geologist and Exploration Manager for an Australian listed company. A number of oil and gas discoveries were made by the company during that time.

More recently, Mr Rushworth has been responsible for identifying, negotiating and acquiring international new venture opportunities in Malta, Kenya, Morocco and Namibia. In addition, he has a track record of working closely with international government bodies and attracting blue chip joint venture partners to Pancontinental’s projects.

Mr Rushworth has been a director of Pancontinental since August 2005. 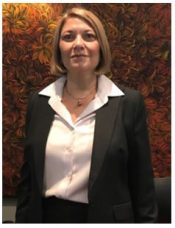 Ms Malaxos has been a professional executive in the resources sector for over 25 years, with involvement in all aspects of the development and operation of oil and gas fields including commercial and budget control, technical management and approval, stakeholder liaison, environmental management, health and safety management and assessment of assets for sale and purchase.

Ms Malaxos is currently a Life Member of the Petroleum Club of Western Australia and a non-executive Director of Dressed for Success Perth.  Ms Malaxos is also an independent Director of MBS Environment.

Ms Malaxos has been a Director since July 2017. Mrs Petrovic is an Accountant who holds a Bachelor of Commerce, Major in Accounting and Business Law and has completed the Graduate Diploma in Applied Corporate Governance from the Governance Institute of Australia.

Roles in accounting and finance of numerous publicly listed entities, particularly those involved in Africa have provided Mrs Petrovic a base from which to contribute to the accounting and governance functions at Pancontinental.

Mrs Petrovic was appointed Company Secretary in April 2010 and is now also an Executive Director.

Also in this section