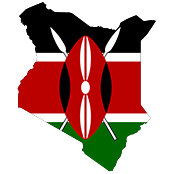 Pancontinental commenced its exploration journey in Kenya after geological evaluation of the oil potential in the Tana River Delta. In 2002 the Company applied for exploration licences in the area with Kenya’s Ministry of Energy and Petroleum issuing Production Sharing Contracts upon the successful award of permits.

Through out the years, Pancontinental has contributed to initial stage exploration programmes as well as partnering with international companies in its pursuit for commercial oil. The Company’s long held theories were validated with two historic discoveries where Pancontinental was a joint venture partner:

The Company now holds exploration licence L6, covering an area of 5,010 km2 and situated both offshore and onshore.

Pancontinental has already been written into Kenya’s history books with the L8 and L10A discoveries and looks forward to achieving similar future exploration milestones with its L6 licence going forward.

Pancontinental’s long held theory with regard to the geology of Kenya is that the Tana River (shown in the below image) carried sediments and nutrients south into the Indian Ocean via the Tembo and Maridadi troughs. It is along this path that the Company believes is the most prospective area for oil generation. 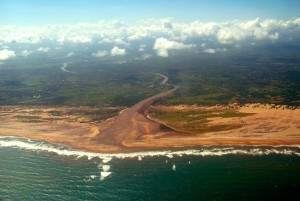